Parting is such sweet sorrow...... 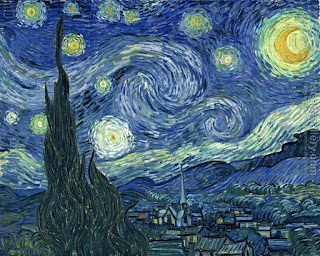 Sunday morning 1:17 AM
'Andreea ce mai faci? Lissi a murit.... inmormantarea e marti'
(Andreea, what have you been up to? Lissi died... the funeral is Tuesday...)

Once upon a time, in a country far east of the iron curtain, one proud mom was going on a solo holiday to the Black Sea with her unstoppable 2 year-old daughter.  On that same trip was another very proud mom going on a solo holiday with her very sweet 3 year old boy.  Chance would have it that these two solo mommies were travelling on the same plane, same train and incidentally staying in adjacent rooms in the same hotel.

A few shared social-tea cookies topped with my grand-mother's homemade strawberry jam, and a series of  a few more coincidences, led to a lifelong friendship between our families.  Elisabeth, Lissi, and my mom became instant friends; Ralph accepted my tormenting friendship (hard as it might be to believe I was a very headstrong child...) with great patience; our fathers bonded immediately over a few glasses of tuica and the rest.....was history.

We became inseparable: new holidays by the sea, holidays in the mountains, Sunday night movies (a carefully screened 'foreign' movie we were so generously allowed to watch once per week, courtesy of the people's government), birthdays, and just any plain old day; every occasion to be together was a good one. They met our extended family, we met theirs, Ralph's father, Erwin, was a chef, he cooked, we ate; if all we had from our weekly rations were potatoes, we would feast on french fries, if it was canned beans we would feast on chili sin carne; if we didn't have light, the grown ups played cards by the candle light and we played with the candle wax (and yes I would try to burn Ralph's hair...).

Then we left for Canada, they left for Germany and our paths diverged for a little while; until 10 years later, on a Sunday afternoon, our phone rang, my parents were out so I answered: 'Hello, I would like to speak to Doina?' said a soft voice struggling to pronounce her words in English.  'Buna ziua, vorbesc romana, mama nu este a casa' (Hello, I speak Romanian, mom isn't home now) I responded.

A deep sigh on the other end of the line and then something came over me 'LISSI!!!!' I yelled!  'ANDREEA, DRAGA MEA' (Andreea, my sweet) she replied.   I knew instantly that it was her.

Six months later, her and Erwin came to Canada to visit; 2 years later I began a yearly pilgrimage to their little village deep in Bavaria.  There, Lissi and I followed Sissi's (a Princess whose name she was proud to share) footsteps from her homes in Bavaria to her castles in Vienna.  We had tea in the places she had had tea, we went to the opera where she had gone to the opera, we watched Romie Schneider trot through the Austrian Alps, while painting our nails, more times than I care to say, they gave me a home away from home, a family away from my family.

Their home was my refuge when my dad was sick, and in the years following his death.  On the day of his funeral, a bouquet of white roses sent to us from them, were placed on his coffin, where he could see them clearly.   Their home and friendship has been a constant source of strength for my mother (for which I am truly grateful).

Lissi had a sweetness about her, a way of patiently explaining things, a way of hugging you which just made you... happy and safe.

I haven't gone to see them in over 3 years.....I was so involved in my own life.... and now that's it.......death is so cruel in it's finality, it leaves no second chances, no do-overs; it fills us with regret for all the things we wish we had said, for how we realize we should have acted.  Her passing came to me in a moment of sadness (over something that seems so trivial now) and it reminded me just how fortunate and loved I was, even in death, she was able to make me feel 'better' somehow, to see more clearly.

In Romanian, when someone dies, we say 'May God give them a good rest'..... So a good rest, to a very good person, who made so many around her feel good.

'The life of the dead is placed in the memory of the living.' (Marcus Tillius Cicero)