In the house; just finishing a well cooked (even though I say so myself) vegetable teriyaki stir-fry.

‘So what’s everyone doing tonight?’ I inquisitively ask, it was after all only 11PM on a Wednesday, night life had barely started in Buenos Aires.

‘Nothing, a lazy and potentially early night, I want to be up ‘early’ tomorrow’, seemed to be the consensus.

Right, I know I should be going out dancing, but a lazy night of reading and sleeping does sound nice, I told myself while picking up my kindle and slowly making my way to my room. 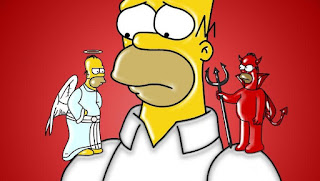 ‘PPssssstttt, don’t open your kindle, get ready to go out’.

And there is was, that little voice, the one whispering in your left ear that you should go against what the logical little voice on the other side was telling you; that little voice who made it seem like tonight could be the best night of your life and you might miss it all by staying home.  That little voice you've listened to in the past and have not only gotten in trouble for but lost significant sleep over.

‘PPsssttt, you’re just making excuses for yourself, look at your shoes, there in the corner, they want to go out; you don’t know what opportunities you might miss by staying home.’

I look over to my beautiful silver tango shoes (yes silver is very acceptable shoe-ware in the world of tango, along with many other unacceptable fashion wares I agree….) and they do seem sad to have spent so many evenings at home.

‘Pppssstt, what did you say not so long ago, it’s only when you put yourself in uncomfortable situations and get out of them that you grow, don’t act like a granny by spending your nights at home reading.’

‘That was a low blow, what if I have a terrible night, you’ve been wrong before you know.’

‘Ppsstt, so go out and prove me wrong, you love that anyway…. And I’m little, all I can give is low blows.’

‘Fine, I’ll go, but if I have a terrible time, I don’t want to hear from you again for at least one week.’
‘Deal.’

Semi reluctantly, I put down my kindle, took my 7th shower of the day (it’s very hot and sticky in Buenos Aires at this time of year) and got ready.   45 minutes later I was at 571 Peru, paying my half price entry, us tango dancers get a discount here, ready for the night to blow me away (or not).

Maldita Milonga and I have a special relationship, it was my first Milonga when I arrived in BA last year; Patrick, my teacher, had taken all of his students to this famous San Telmo Milonga.  The place is dark with a hue of red light that adds sense to the name 'Maldita'; a band plays live music every week; an odd mix of old and new Tango; Bandoneons, violins and a piano player fill the stage accompanied by a very dramatic rock  Cobain-like singer.  It is the Milonga of choice for beginners, tourists and the serious tangero who just wants to slack off the rules which govern other milongas, and just have fun. My place  as a tangera was somewhere between all of the former.

I had barely put the 20 peso change back into my wallet when Adrian, another teacher from my school spotted me. ‘Hola Andreea, how nice to see you, come Gisele and I have a table, you can sit with us’ he told me.  ‘We just ordered a beer, I’ll get an extra glass.’ he then added.

I joined them, took a sip of beer and looked around the room, it wasn’t as full as it normally was, a combination of carnival season and people recovering from heat stroke, were to blame I suspected.  A few familiar heads nodded in my direction acknowledging my presence and indirectly saying ‘I see where you are, if I want to dance with you, I’ll come get you.’

I bent over to put my shoes on, they felt stiff, maybe my little voice was right, maybe it was a good idea to come out, tango shoes should never feel stiff. As soon as I looked up, I got my first cabaceo, actually he had come so close to my seat that it was more of a headbutt than a cabaceo, but regardless I was on my feet dancing.

My partner was a little chubby, but of course none of that matters on the dance floor; age, size, hair style….. are all irrelevant in the world of tango, smell and general politeness and if you’re lucky quality of dance, are the dominant factors.

I leaned towards my partner, I could barely get my arm around his shoulder, but our embrace felt comfortable (and he smelled nice). We did the traditional left to right sway to get our ‘centers’ coordinated and then ‘hop’ a long and slow step to the right, slowly collecting our feet in tune with the dramatic Pugliese playing.  From the first step, I had recognised my partner, I couldn’t quite place him, but we had danced before, the embrace, the first step are so particular that you can’t mistake someone for someone else, it’s almost like kissing, even though the motions might be the same, there’s something unique about the way each one of us does it, that it makes us unmistakably identifiable.

Alenjando and I had danced a year ago, at my tango school and he was a brilliant dancer, it was a very successful first tanda.

‘PPsssttt, I think someone is on the road to being wrong about tonight….aren’t you happy you listened to me.’

I danced almost, every tanda that night, my friend Stephanie would say that I had been a tango slut; and she would be right, but when it’s so good, what’s the point in stopping?’

The band finished playing and the place started emptying, when he walked in. It was him, I had no idea who ‘him’ was not so long ago had it not been for a few weeks earlier when I saw him at another Milonga and Stephanie told me it was HUGO!!! And who is Hugo?  Hugo was last year’s tango scenario world champion; he and his partner had danced this odd tango which involved a bird cage and blond hair, which had somehow gotten them the world title.

He danced very little, but when he did all eyes where on him, he slid through the dance floor as if he was the only one dancing; it helped that everyone was completely intimated by the idea of dancing next to him and did everything possible to get out of his way; it was the only respectable thing to do of course, it’s like not passing a Ferrari on the highway with your Toyota, even though it might be going at only 20km/hr.

‘Last tanda, the DJ announced as I casually looked around the room and saw Hugo looking in my direction, or in the general direction of where I was sitting.  ‘OH MY GOD, HUGO!!! NO NO NO I can’t dance with the word champion, oh my god what if he asks me, I can’t say no, what if I’m a disaster…’

‘Okay, yes!’ And just about as I was getting ready to smile at him (and do whatever else possible to get his attention); a head bobbed in between our sights.

‘Would you like to dance?’  he asked with a big smile.

‘No I’m waiting for Hugo to ask me!!!’ is what I wanted to say but instead I replied, ‘Yes of course.’  My friend Stephanie says I’m too nice and I should learn to say no, but I can’t 1) because I’ve had to talk some of my male dancing friends back from a ledge after being turned down for no good reason and 2) I had no real reason to turn him down, Hugo had not actually asked me to dance.

He was not a terrible dancer but the prospect of dancing with the world champion ruined any chance he might have had; not to mention that he was very dramatic in his dance and expression.  Even after I made it very clear that I had no interest in re-enacting the Romeo and Juliet balcony scene in tango version, he didn’t stop, ‘O, dance again, bright angel! For thou art as glorious as the night’ his dance said to me, whereas my answer was more the ‘Um there’s this guy below my balcony that won’t go away.’ 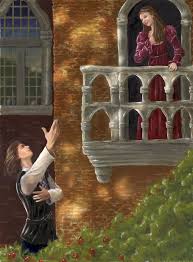 Anyhow, our tanda ended and it was a very good night had it not been for the missed world champion thing.  I started taking my shoes off when Carlos, the singer from the band which had played came to see me.

‘You live in San Telmo don’t you?  I’ve seen you in the market.  A few of us are going up to my place for a few drinks come join us’ he asked me.

‘Bueno, ok just one drink, where do you live? I re-replied.  As it turned out he lived only one block away from me. We walked together followed by a long line of tangeros eager to continue the night on the infamous singer’s terrace. We made our way up the stairs and as always, I excused myself to go to the bathroom thinking why am I here again? But I quickly put those thoughts way and went to join everyone. I was greeted by Hugo at the top of the stairs leading to the terrace, who handed me a drink and asked me to dance as Carlos was putting on some Troilo (my favourite).

And there under the of San Telmo sky, I tangoed with a star.

‘PPssst, thank you, you were right, PPPssstt are you there?’ 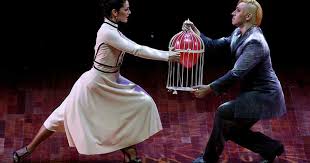