Buenos Aires, the ‘little’ city that could

What is it about Buenos Aires that has made so many of us ‘foreigners’as they call us, fall in love with it?  It’s not the chaos (although at times it has it’s charm), it’s not the strikes that close down half the city, it’s not the fact that from one day to another prices increase by 30%, it’s not the traffic or the buses burning oil, it’s not the bank machines that are out of money, it’s not the somewhat flavorless food (sorry but it’s true)…..Ok yes there is a decent amount of very good looking men here I must admit but that in itself isn’t it…. So then what is it?

For some, or I should say for many it’s the tango and the magic it creates, but for others it’s the magic the city itself creates, but where does this magic come from?  What gets us all addicted to it? And like good junkies keeps us coming back for more?

There’s something about Buenos Aires that says that it has not quite found itself, it’s not quite the teenager living his or her adolescent crisis, because BA has seen too much to be called an adolescent, it’s more like the 25 year old having a quarter-life crisis and who is questioning some of her past choices and wondering where she should go next and more importantly who she wants to be.

When South America was colonized, Buenos Aires was far from being considered a main point of interest compared to the Golden Inca settlements further north, it actually took several attempts to found a permanent settlement in the now ‘Capital Federal’, but in time it's importance as an entrance or exchange point between Europe and South America became more and more clear. Today, more than 200 years after it’s official independence from Spain, like Paris is to France, it is the center of the everything in Argentina (despite its title being contested by some of the other big cities in the country).

In the late 19th century, it had one of the biggest economic booms in the world thanks to clever British investments and meat exports, and then, it was like a poor man winning the lottery and having no idea what to do with its money.  Buenos Aires wanted to look like Paris in sky-scraper version, it wanted to be modern like New York, it wanted Vanderbilt-like mansions in the middle of the city, it wanted grand avenues and shopping malls, great statues to honor its founders and even greater churches, it wanted the largest opera house in the word, it’s people wanted to dress like Parisians, talk like Londoners and spend money like New Yorkers, and because of it’s new found wealth, it could do it all.

Then of course, like many poor people who win the lottery, BA didn't know how to manage its money and it lost it all.  It had to convert its high upkeep mansions into government buildings or fancy hotels no one could afford, it had to build affordable communist-like social housing and try to keep face as much as it could for the rest of the world.

All this makes Buenos Aires a city of all cities, if you squint you could be almost anywhere in the world, in a London café, on a Greenwich street corner surrounded by brownstones, in Paris of course, somewhere in the 11th arrondissement or somewhere in the 6th surrounded by ‘Belle époque’ architecture, in a pub in Ireland,  and today with the new buildings in Puerto Madera you could almost be in some city on the West Coast of the US.   And then of course, sadly, in some parts you feel like you’ve walked into the set of ‘City of God'.

Buenos Aires couldn’t choose what it wanted to be, so it became everything, some parts it chose, some parts it had no choice but to accept, and somehow this undefined sense of self and lack of a steady plan is what makes it so special;  and maybe what attracts us to it is that, just like Buenos Aires, when you’re here you can be whoever you want to be, and you understand that it’s ok if things aren’t quite clear or if the road is a bit bumpy because sometimes in the unclearness you create something unique. 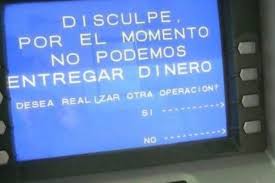 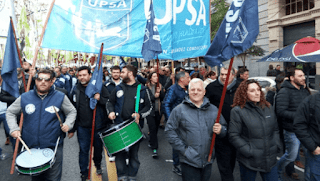 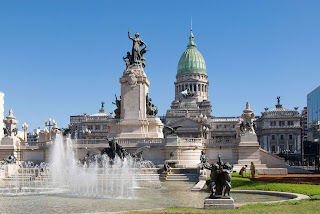 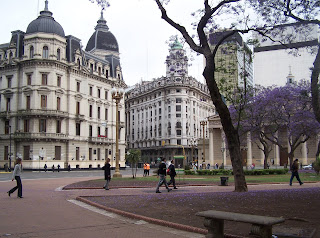 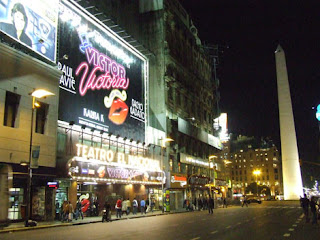 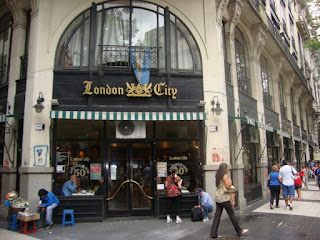 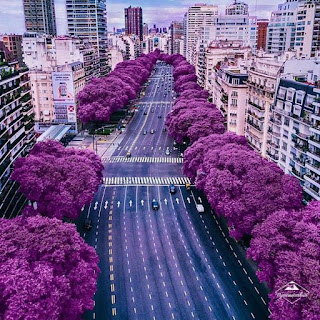 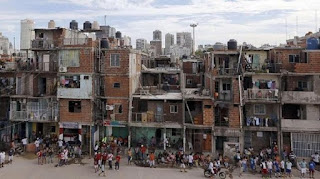