Dreaming of a white Christmas

It’s not natural, there is not other way to put it, but who has ever heard of a proper Christmas when it’s 35 degrees outside!!! In fact, it’s so un-natural that I haven’t even watched ‘Love Actually’ this year, no Miracle on 34t has happened, no one’s Life has been Wonderful……. and now it’s gone!

The southern hemisphere has it all wrong, how can you eat and drink yourself to death when you can barely manage to breathe?  They should really move X-mas to a colder month in this part of the world, I’m sure Jesus wouldn’t mind, he would get two birthdays that way, not to mention that on one likes having a birthday that close to Christmas.

I don’t know how other globetrotters feel, but Christmas is when I miss home the most, in fact, in general, when I can, I try to be home to savour my mom’s delicious cabbage rolls (yes delicious!) and keel over after every meal for about a week.  This year however, I didn’t make it home and had to keel over from heat stroke rather than sheer fullness (although there was some of that also).
As I’ve said before, the thing about having had several homes in several corners of the world, is that you’re always far from someone you love and although distances don’t mean the same thing to me as they might to someone else, the people I love are still far away and Christmas is when I tend to feel it the most.

That being said, Christmas does have a way of bringing people together no matter where you are, sometimes it’s people you’ve gotten to know really well in a short time, as one does when meeting other travellers, time for intimacy takes on another dimension when you’re alone in a foreign country, others can be almost strangers, yet on the night of the ‘Happy Birth’ you all manage to feel like a family. There’ s nothing like obscene amounts of alcohol and food to bring people together, before you know it you’re having a family Christmas without any family in sight (and often times minus the family drama of how you’ve ruined your life and how ungrateful of a child you were/are…..).
This year was no exception, I spent the Eve of Christmas at the ‘house’, in the morning everyone was smiling just a little more than usual, ‘Feliz Navidad’ was echoed in every corner and good morning kisses were especially affectionate, we’re all in our home away from home. As dinner time was nearing, we took out the candles, unwrapped the wonderfully prepared tapas, popped open the champagne that was cooling in the fridge and all started making our way to the dinner table.  Some of us have been living together for months, some of us arrived the day before but it felt so natural for all of us to be together, like being with cousins you never see but know you have some sort of connection with.

On Christmas day, I woke up before anyone else to go to my next engagement, Christmas brunch and drinks with some of my favourite people of the Argentine capital.  The day was hot, but the occasional cool breeze allowed us to spend the entire day outside alternating between Gin and Tonics topped with ice and cool champagne and the ever so often  we would burst out dancing to traditional Christmas Music (you know the Wham and Mariah Carrey traditional music).

And now I've done it again, 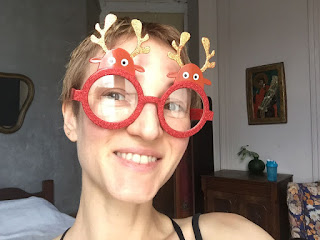 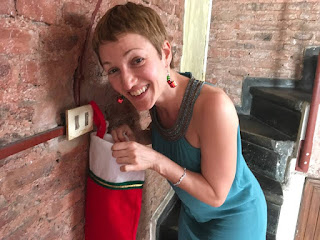 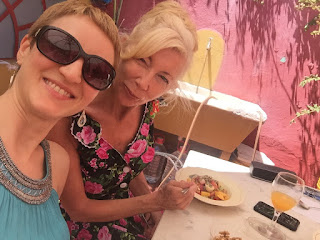 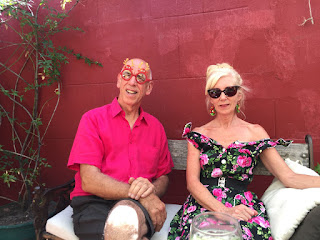 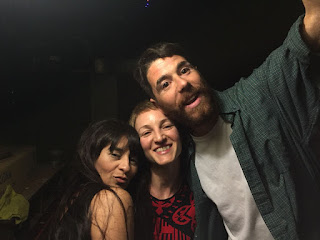 I’ve created yet another memory, another almost tradition, met wonderful people that one day I will miss.