So I have mentioned, briefly, in my past entries that the reason I can do all this insane traveling lately is not because I found a golden egg laying goose at the top of my beanstalk or won the lottery (although I have imagined it many times) but I have a very generous friend who works for AirCanada and has given me, or let me share her passes with her.

So what do passes mean? Well, it means that I’m flying stand-by, which means that if there is space on the plane, you go, and if there isn’t, you don’t and you pay only handling and fees and certain taxes when you actually get on the flight.  You have access to the employee booking where you can see how many seats are still available on the flight before deciding to go to the airport or not.   In my situation, having no fixed time to go or to come back, this is perfect….but we all know perfect doesn’t exist, in fact we created the word perfect to define something which is not…. Why did we do that? There’s no word for calory-free hamburger because it doesn’t exist, so why is there a word for perfect when nothing is perfect, it should be less-flawed at best as a word but not perfect!

So I had a plan, go somewhere (obviously) but this somewhere is not available from Montreal only from our arch nemesis city (with a stupid hockey team) Toronto(blah).  Getting to Toronto(blah) from Montreal, seems easy enough with flights almost every hour and last minute cancelations, but it is also the most popular route so when you’re trying to make your connection from Toronto(blah) you have to play it very very safe.

So I go to the airport and try the flight which brings me to Toronto (blah) 5 hours before my next flight, which also means that if the Toronto (blah) flight is full I have 5 more chances to make it.  As luck would have it, I made it on my first attempt and ended up in Toronto (blah) no problem.

So 5 hours of waiting, hangin’ out, not shopping because that’s just not who I am anymore 😊 and of course, people watching.  Today Gertrude and Bernadette were nowhere to be seen, I suspect they got stuck in their timeshare in Fort-Lauderdale playing Bingo (not that there’s anything wrong with Bingo of course) and lounging by the pool which is 20m away from the beach but less sandy so a much better alternative.

So what to do?  The obvious answer is cry a bit because my life is still a f*** mess (and yes I know I’m very very lucky yes….it’s good to remind yourself of it but as I’ve mentioned to some of my friends, telling me I’m lucky now is like telling a person who is sick in bed with the flu that they’re lucky it’s the flu and not cancer and that they get to be sick in a nice warm bed which is more than most people have.  Yes, all of which is true none of which is really helpful at this point but ok Lucky). Ok so cry, because it’s so productive, every reason is good, cry because you miss the people you just said goodbye to, the ones you said goodbye to a month ago,  your dog that you’ll miss next to you tonight, that At&T commercial with the dad that is old and lives far away (yes it makes me cry) and then of course your life is a complete mess with still no clarity or even a hint at a general direction to take.  The only good thing with the crying is that is it a perfect excuse to have a Gin and Tonic, not that one needs an excuse for that.

So as whilst waiting, I decide to check the flight status, an hour ago there were 33 seats so I’m sure it’s all good but I’ll check nonetheless that way I can constantly worry about it instead of just waiting to see.  Login OK, I agree OK, Flight OK… -27 and 12 standbys in front of you!!!! WHAT!!!!!!!!!  No no it’s a problem with the system a glitch of some sort, I’ll just refresh, ok F5, F5, ah yes the numbers are changing -31!!!!! F5? Please F5!!!! I look around and I spot a bunch of people with the same expression as me.  One guy yells, SHIT, they downsized the plane those MoFos….

So, I’m not going to make the flight and what’s even better is that I’m in Toronto (blah) and there are no more flights back home until tomorrow morning….  Ok well I know the risks, I know the drill, go clear customs, get your bags and check in for the Montreal flight at 6 AM and remind yourself of how lucky you are.

Customs: Where are you coming from.

Customs: is this funny to you?

Me: No really, I was on stand-by and didn’t make the flight.

Guy 1: Man, I can’t believe we didn’t make the flight.

Guy 2: Yeah, I swear dude this like never happens, they like never change the plane, 31 seats this morning dude
.
Me: Hmmmm

Guy 1: Are you stuck here also? (looking at me)

Me: Yes and I have to get back to Montreal and try this flight again later this week.

Guy 2: Yeah we’re going to try another route tomorrow, we need to be there on Thursday for sure!

Guy 1: I don’t know, what if they downsize again, maybe we should just stay here.

Air Canada:  All stand-by passengers please go pick up your bags at carousel 4, it’s been re-routed from carousel 8.  You must check out of the international zone and go to the domestic zone.

Guy 1: So how long are you going for?

Me: I don’t know actually, I’m  taking some time off work and since I have these passes I’m just going to play it by ear.

And there is was, that little twinkle in his eye, that says ‘Wow, that’s so cool, she’s so lucky to be able to do that’.

Guy 1: Wow, that’s so cool, you’re so lucky to be able to do that.  Enjoy it as much as you can, I wish I would have done that when I had the chance. Enjoy it!

Yes, yes lucky, you have no idea just how f**ed up things in my head are but yes there’s that lucky again.

10 minutes later, everyone has gotten their bags and mine is nowhere in sight
.
Baggage claim guy: Huh that’s weird it says your bag is checked, so I think it’s on it’s way…

Baggage claim guy: So what do you do for us in Montreal.

Me: Oh no I don’t work for the airline, my partner does, SHE is a groomer.

I see another type of twinkle in his eye, the ‘cool she’s a lesbian’ twinkle that straight men get sometimes when thinking about two women together, thinking that for sure it’s something like in Mulholland drive because that’s how real life is.   And I think my androgynous haircut did a good job of confirming his fantasy.

Baggage claim guy: So come back in a few hours and we should know more.

Baggage claim guy: But don’t worry, it’s not lost and we're here to help if you need.

So here I am, waiting in the airport, Toronto airport (blah), pulling an all-nighter hoping to make the first flight out to Montreal.   Typing like this in the middle of the night reminds me of University minus the crying and pulling out my hair trying to figure out the Heat dissipation is some type of finn, or on the 10th page of some BVP using the heat equation (blah), not having showered in 3 days because it takes time away from studying and calculating my pee time so as to make sure I finish the 27 other derivations I have to learn before tomorrow (Blah).

So actually, it’s not like school at all (I'm sooooo Lucky I finished school)

So that’s that for tonight on the stand-by traveling but tomorrow is another day! 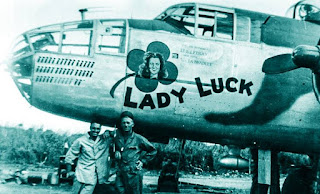