In the past few months I have found myself more often than not trotting through an airport of some sort, so much so that I almost consider some of them my 'second' home now; I like the sushi at the Dorval airport, the breakfast bar at Heathrow airport,  the seafood platter at Zaventem airport (with complementary champagne), the shopping at Marconi airport, the cheese at Schiphol airport and more or less nothing at the Toronto airport especially not the fact that the Starbucks is right in front of the Victoria secret store.  So as you're dying for a  double caramel moka latte and a brownie, which you are conveniently informed contain over 300 calories each, you have to subject yourself to the Victoria secret summer fashion show. Now I know there is no amount of brownies or lattes I could deny myself that would make me look like a Victoria secret model but still can we not make our bad eating choices in peace?!

Anyhow, aside from the food and underwear, something else is in the air in airports; the stress of new travelers or the last minuteness of experienced travelers, the excitement of those going to a new destination or going to be reunited with a loved one, the sadness of those leaving behind a loved one or a loved destination, the vacationer, the business traveler, the nun, the Buddhist monk, the airport is a fantastic melting pot where somehow it all works.

My favourite activity is people watching,  inventing stories about their lives, guessing where they might be going and why, guessing whether or not they have traveled before. You can pick out the junior traveler from the experienced one like picking out an orange in a basket of apples.  They typically arrive 3 hours before the flight, have 2 tags on each suitcase, which has of course been plastic bound for additional protection.  Going through security, they take everything out of their bags, liquid or not, they'll remove their running shoes even though only metal containing shoes should be removed and they grow a cadavresk white when their bag gets pulled aside for additional controls or if God forbid the metal detection beeps, and are extremely attentive to all the given information when they arrive to their gate and are always ALWAYS the first in line when boarding begins (even though it's pre-assigned seating).

During my most recent airport séjour, I tried to imagine the life of two travelers I was eyeing in the gift shop, Gertrude and Bernadette, a lovely upper middle-class lesbian couple.  Bernadette is a lawyer and the pragmatist of the relationship, she complains about having to take care of all major decisions and important aspects of their couple but at the same time relishes in the control and the sense of essence it gives her as she imagines Gertrude lost without her. She's a workaholic, a control freak and a vegetarian.

Gertrude on the other hand is an artist, an artist who dreams of a life where she can council Hemingway and Picasso in the same manner another great Gertrude did before her from her great apartment in the 6th arrondissement of Paris. She typically travels without reservations, with two pairs of shirts and 1 pair of  underwear and leaves the rest up to destiny.  She's spontaneous, she loves to try new things and she's a vegetarian.

They met in a Ramen restaurant and bonded after both asking, almost in sink, if they had meat-free broth. They are on their way to Mumbai, Bernadette is attending a seminar on Human rights and Gertrude is going with her to explore the delights of the orient and get in touch with her inner goddess.

Like most relationships, theirs has grown dull, overcome with the mundane aspects of everyday life , where once there was passion and butterflies, now there is comfort and quiet. They used to stay up all night talking about saving the world and getting a dog or a cat (Bernadette wants the cat and Gertrude the dog).

They both hope this trip will give a new spark to their dying fire, afterall it's been so long since they've traveled together or discovered something new they were both passionate about.  They imagine long walks in Mumbai's markets, late night curries dishes, temples, meditation sessions, bikram yoga and passionate love making in their 5-star hotel along with some Kippling and Rushdie to accompany their pillow talk-debates.

I for one am sure that this trip will do the trick and they will come back rekindled.  As they walk out of the gift shop, Bernadette having purchased a bottle of Coolwater and Gertrude a box of chocolates, I decide to follow them. They walk towards gate A51.... going towards..... OH GOD NOW!!! going towards Florida (the horror!), Fort-Lauderdale (the double horror). What about Mumbai?  What about the curry?  The kippling??!!! The medidation??!!
They sit next to two men who have saved them a seat  when I notice the wedding rings and Hawaiian shirts.

They're never going to rekindle their love like this! 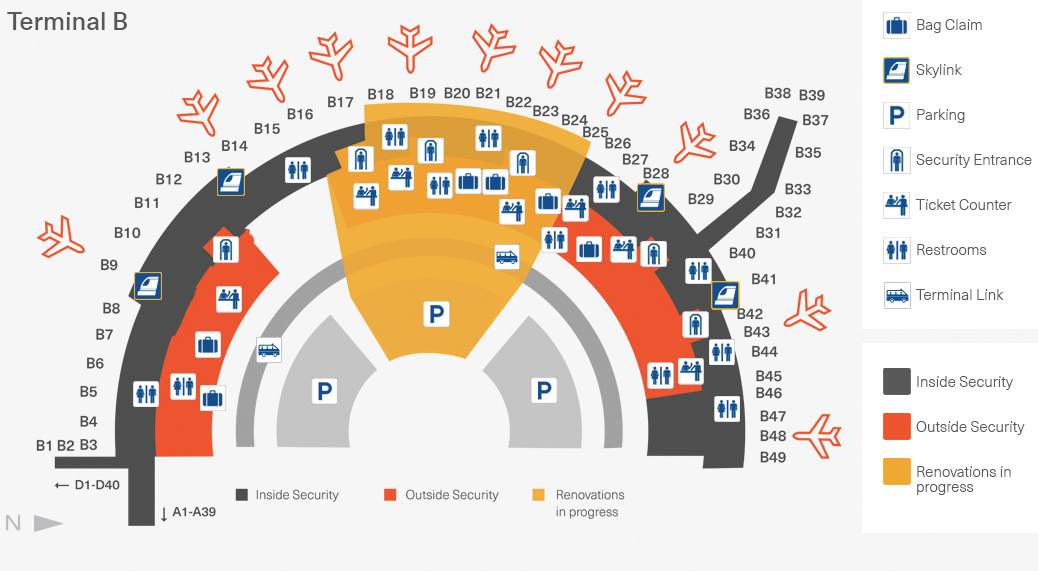