Time to be a girly girl

"Why not have him go to Bath?  One word from me and you'll have the best society in the place...and my particular friend Mrs...."

"I'm afraid Bath is quite out of the question!"

Yes I know, what am I talking about?  I'm quoting Jane Austen's Emma and one of the many many references to Bath that Jane makes in her novels, not to mention the 2 novels which take place almost entirely in Bath. Jane Austen herself spent a few years of her life in this very pretty city.

Bath was firstly popular due to it's hot springs which attracted the Romans, it's crazy to think that Rome extended all the way up here but it did.  When the roman empire feel, Bath lost a little of it's popularity but only to reclaim it centuries later when it became the favourite winter spot of the British gentiles.

In the 18th century, the British elite spent many months per year in bath,  building Georgian houses, going to balls, to the theater, to the tea rooms....shopping and bath today still retains an incredible charm which could make you feel like Elisabeth Bennet (though in Pride and prejudice they don't actually come to Bath but you get the gist of what I mean).  For myself, who has read every Jane Austen book, twice and seen every movie about 100 times, this had to be one of my favourite stops of the entire trip.

Me and Jane hanging out 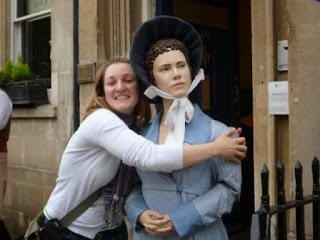 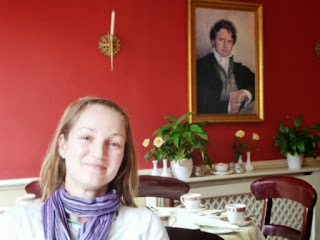 The Assembly room where Anna and Fredrerick met 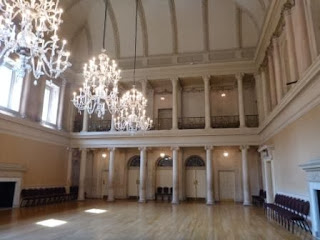 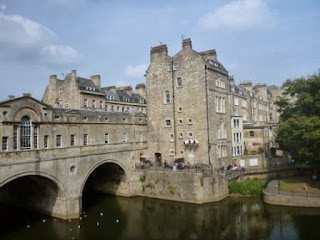 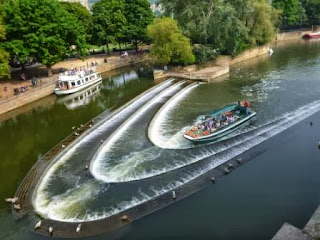 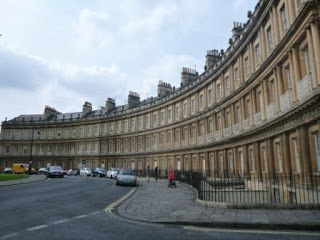 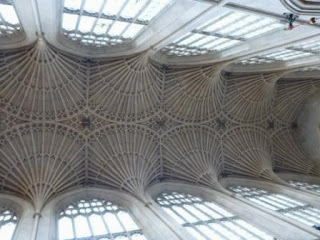 The roman bath which make the modern spa next door look like a hotel bath tub and shower.  The romans actually had indoor floor heating in this place to keep in warm in the winter 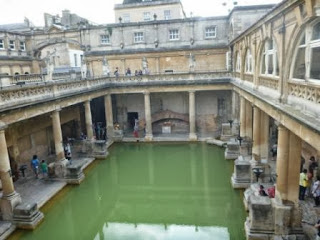 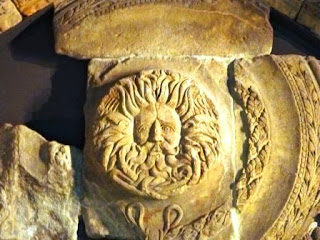 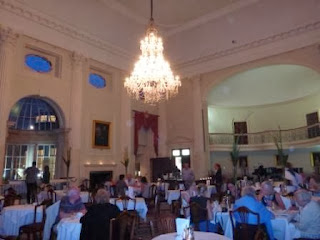 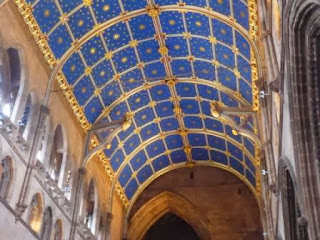