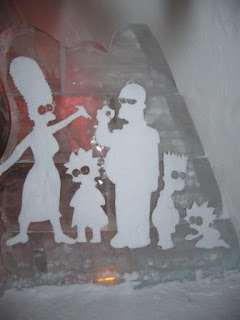 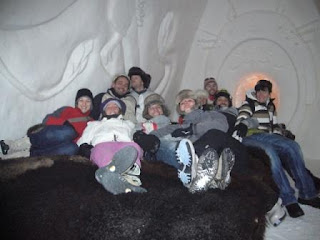 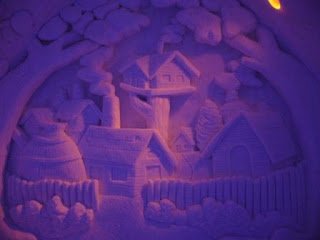 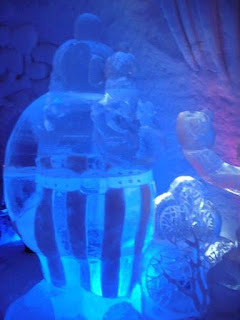 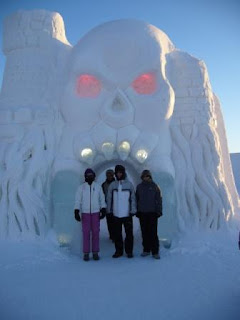 So yes we have one in Quebec city and no I haven't seen it!

In fact everything on this trip I could have very much done at home just less Swedish speaking and less funny stuff sold in tubes (fish/cheese mix in a tube....)

The funny thing was though to see people's reaction to cold and snow, most of the people I was holiday-ing with are from the south of France and either still live there or have moved to Paris which is not known for it's ability to deal with snow :)

Everyone does ski though and has seen quite a bit of snow in the Alps but not so much on a day to day basis so certain things intrigued them like "warming up" the car in the mornings, the key-hole freezing, how it takes a snow blower to blow the snow and then a plow to plow it to the sides of the streets :) and then of course there are two levels of cold. There's cold and I'm wearing my thermal ski clothes or there's cold and I have to wear dress pants to go to work and die on the way.....and Of course the ever stupid let's go clubbing at -25 and leave our coats in the car..... These are harder to explain than you would think!