Ok so we all know that I say many many MANY stupid and racially inappropriate things at times which from an outsiders perspective can be seen as a little wrong.....and I always defend or justify it by saying that it's clearly not true....I've dated an Asian, 3 or my closest friends are Asian friends so I can make the factory/programming jokes, I have a brown friend so I can make the bag carrying jokes..... the Italian Minga jokes....and obviously none of them have any true malicious meaning.

The same goes for what I'm going to say about Eastern Europeans and I say it because I can since I am in all technicality eastern European.

Most of the statements i'm going to make are based on years of living in close proximity and seeing for myself the cruel and painful errors in fashion judgement......So how to really describe it..... you know when you see a pretty girl, curiously blond, wearing something just a little off such as velvet pants, scrunchies, Alibaba style jewelry, blue/green eye make-up, some sort of 80's party dress at a club......odds are she's eastern European. Same goes for men wearing tight/tight pants, short pants and badly chosen sock colors, borderline short t-shirts...... I won't even mention the beyond too revealing underwear-style bathing suits (Accept the boxers already!!!!). On top of all this horrible clubbing dancers, not that we don't all look like idiots when we go clubbing but this is on another level.

THis might be because during communism, fashion and belongings were limited and now it has exploded and I'm sorry to say not in the right direction..... 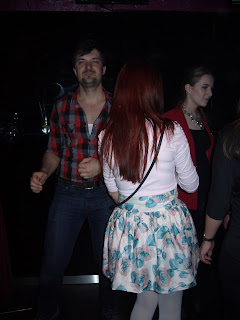 And then there's what I like to call the "sex face" so I haven't had that much contact with eastern european on a personnal level but through the contact I have had I've noticed this phenomenon that I call the sex face. This type of OOOOooo, AAAaaa face they make before kissing, or trying to pick up in a club, this one guy was about 2m tall and kept "sex-facing" the entire night and it's all you could focus on in the club 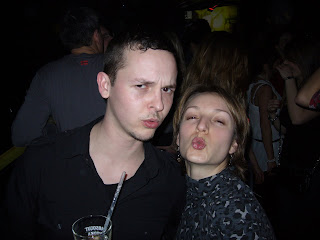 Of course this in no way means that eastern europeans are not lovely people so please keep in mind that all this is said in good humour and to be taken with a grain of salt. (OOOOoooo....AAAAaaaaaa)