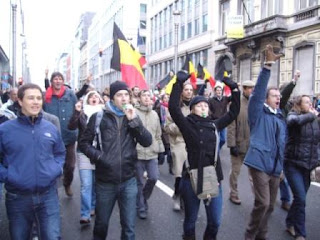 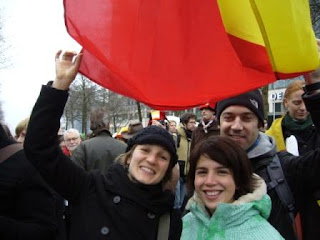 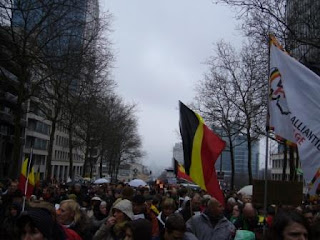 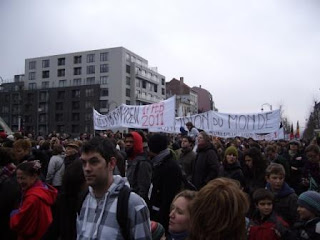 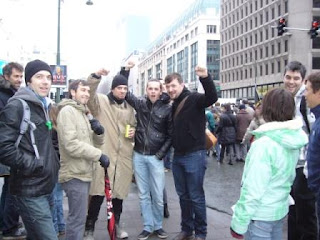 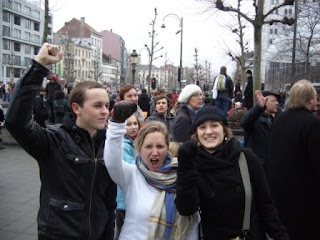 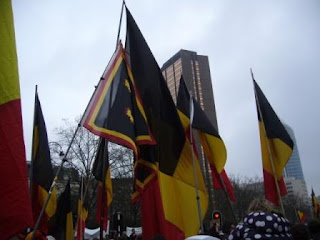 Belgium is currently without government and has been so for more than 230 days or so actually beating the world record previously held by Iraq.

For months, political parties from the Dutch-speaking north and French-speaking south have been trying to form some kind of coalition without any progress.

I don't want to get into Belgian politics but needless to say it's not going well. The king just appointed a new mediator to help talks between the Flemish and the Walloons but so far NADA and thus last weekend, some 40 000fed up Belgians, a few french peeps (from France teaching us just how to protest since they have all that experience from home) and myself went peacefully marching through the streets of Brussels to convey a message that it's not OK to be 225 days without government.

Although I'm not a huge fan of the protesting thing i have to say that maybe it's something we should do more at home and maybe that way things will get done a little. Maybe we won't have Harper running our country, maybe minority governments wouldn't last as long as they do....

So here we are protesting (with music and Belgian beer....) now that I know how it's done, if ever we have something to prove back home (other than when the Habs make it to the finals) I'll be able to lead the way !