For as long as I've known Ange, I've always had a great deal of admiration for her mom. Mrs Song is a very strong woman, which in certain traditional Korean settings is already saying enough for itself, but above being strong, Mrs Song is beyond honest at all times. If she doesn't like it, she will tell you and she won't be shy about any of it because it's the truth.

She's always treated me like one of the family, from telling me at times that I may have put on a few pounds to asking me to move furniture at 2AM so she would re-varnish the floors :) on a school night.

As relationships between children and adults change with the years and you can, at one point, even have a few drinks and get tipsy with your best friend's mom...... certain things don't. One of those things being that you just don't say NO to Mrs Song (my adoptive Ama). So if at 1AM she says we have to learn how to line dance so that it looks good at the wedding....well you get up and line dance. If she says Mr Song and Ange have to practice their dance at 3AM...well they had to practice it. If she says we wrap the gifts from left to right....well it's just what you do.

I'm not saying any of this in a negative way, Mrs Song is just a born leader in every way and someone who knows who she is an what she wants. She's one amazing lady and it was just great to spend all this extra time with her. 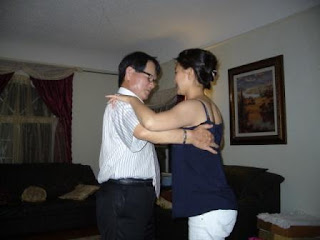 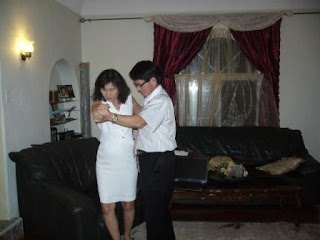 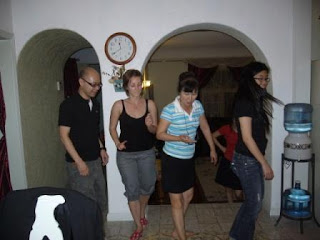