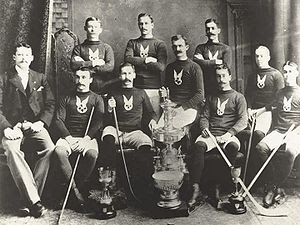 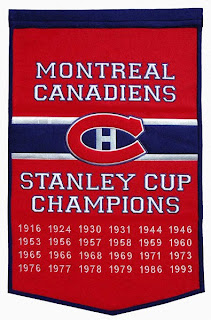 So what is it about a bunch of grown men on skates tossing a puck around the ice that makes our city go crazy?

I'm not sure really. The Montreal Canadiens or the Habs or les Tricolores have been around for 101 years. Of course as a general rule of thumb we all like what we're good at, the Brazilian and Italians like football, you don't see them get all crazy over gymnastics....other than a really cool movie I'm not too sure Jamaica is really crazy about the winter Olympics...Anyhow so with 24 Stanley cups (followed only by 11), the Montreal Canadiens have been and are good at it.

Has it been a while since we've been able to raise a flag at the bell Center in honour of a new Staley cup....yes 1993 actually but we do still love our Habs. I think above the being good at it part, it's the hope we have every year. The hope of just being better than everyone else, we don't go to war, we don't really have a superiority complex about anything so we need...something... A little like the romans needing to watch the gladiators fight it out when they weren't going to war. We need a release, something to make us scream and make us "beat" the others without actually really hurting anyone.

Furthermore, it' just fun and another great way of showing our city how much we love it. This year the Habs have made it further than they have since 1993 so of course the city is going crazy. There was a time when the fans went crazy when the Habs actually won the Stanley cup and now we go nuts when we make it to the next round. Why is that? Well the main reason being that most of us are too young to remember the last Stanley cup and we'll just take any win as an excuse! I'm not saying people should riot and break window's but closing down the streets and parading downtown on a Wednesday night....why not!

The playoffs has in a way put everyone's activities on hold for alittle while, I mean does anyone remember what Monday, Wenesday and Saturday nights were about 5 weeks ago? We're in the conference final down 3-1 to the nastiest team but I have faith our boys will pull through.