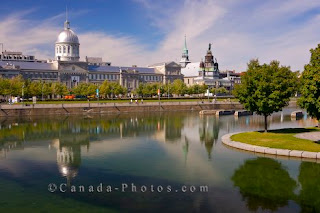 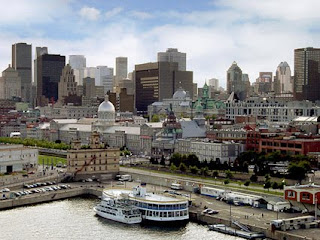 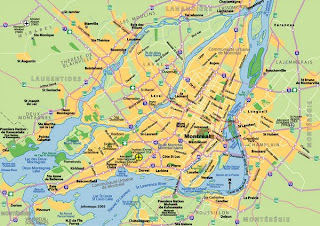 Birds do it, bees do it
Even educated fleas do it
Let's do it, let's fall in love (Ella Fitzgerald)

So Montreal here we go let's fall in love :)

So where to start

Montreal was founded in 1642 by Paul Chomedey de Maisonneuve a French military officer. Of course the city existed before and belonged to the native tribes but as everywhere else that we colonized we came, conquered and called it our own. So fuelled by Europe’s search of riches such as gold, fur, precious stones....and All that good stuff, Montreal was founded and declared a French colony.


Then as the English invested more man power and resources into the new world and France was slowly going broke, in the 18th century Canada became an English colony, a fact that the French still haven’t gotten over. Then the rest is history, Canada got it’s independence while still retaining a symbolic attachment to the Queen and the Commonwealth.

Montreal today is a different story. I’m not sure how to word it or justify it but there’s something about this city that you just don’t find anywhere else. Yes of course for me it’s home and as they as home is where the heart is but still I don’t think anyone can come here without feeling a little tingle for this great place. It has a lot to do with the fact that we are still “French” here in a sea of English people. I say “French” because in reality, though we are in the French side of Canada, in Montreal you find a little piece of everywhere.

When I leave the house I cross my Hassidic Jewish neighbors speaking Yiddish, then hear the little old Greek ladies chatting on the parc bench or on their porches, then hear some French, I cross my local Pakistani-owned fruit store blasting Punjabi music and finally end up in my little social club where Tony hands me my Italian cappuccino and everyone is yelling at Inter milan on TV……and this is only to get a coffee... This also has a lot to do with the immigration “idea” in Canada. When you immigrate to the States you become an American, Giuseppe becomes Joseph, Pavel becomes Paul....and at home you speak English and eat white-toast bread sandwiches. In Canada it’s a little more come, share and keep your culture and speak what you want at home Pavel and enjoy your curry or pierogies. I’m not going into any political type of argument, however, on the downside, this does also raise some issues as to what is really a Canadian identity but I’m going to focus on the positive aspect.

Montreal is like a melting pot resembling NYC without it being so overwhelming and in your face, it’s like a little Paris without being pretentious, there is live music, and cocktail hour, and Jazz/Comedy/food/fringe/French festivals all summer long and the food is incredible! But I think what really makes Montreal is that we, as Montrealers, (or most of us anyway) just have a passionate love for our city. If I hear someone saying anything against my city I get as defensive as if they were talking about a close friend. It's always been there for me throughout everything and never asking for anything in return :)

PS: yes they are prof pictures.... I couldn't do Montreal justice