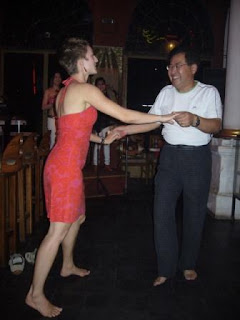 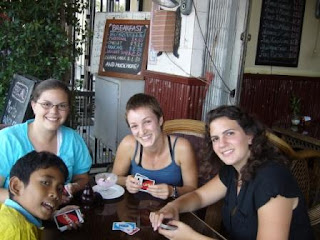 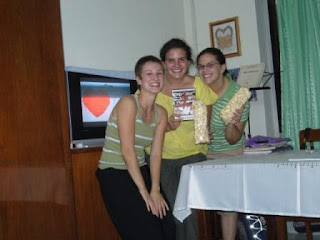 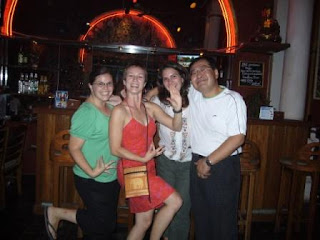 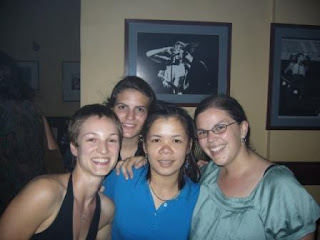 Caroline and Christine are two sisters volunteering here for one year. They're from Maine and since I got here, they've just been great.

You never really know what to expect when you come into a community that already has 2 volunteers, will I step on anyone's toes, since I'm not the most subdued of people and all.... but they have been so welcoming that we hit it off from the very begining. Really I feel like we're family and we've known eachother for years.

We work together, have our dinners together without the sisters except on Sundays, we have movie night.....yes we bought Love Actually and I'm forcing them to watch it at least twice per week before x-mas. This weekend their cousin was in Phnom Pehn so we spent the weekend out in the city. We went out drinking, dancing, drinking.....dancing. I danced with a funny little Khmer man who turned out to be the sweetest person and very serious about his moves on the dance floor :)

On Sunday we ended up having lunch with some street kids who were selling books. We bought them lunch not because they tried to sell us books but one of them started talking and making deals with us. He tried to beat us at "rock, paper scissors" to get us to buy a book and then when he lost he tried his luck at cards. He was very smart! And yes I ended up buying a book as well.

We're all planning on X-mas holidays together in a few weeks :)