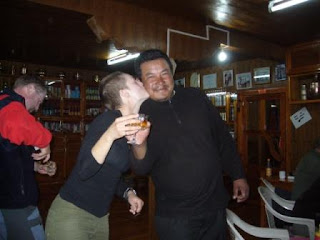 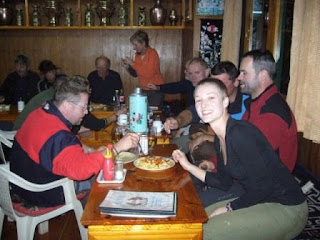 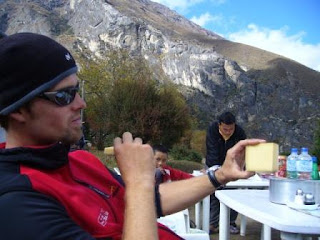 The rest is basically the way down which surprisingly involves a lot more going up than expected….. But the reward at the end of the line is Namche Baazar or as I like to call it the land of HOT SHOWERS!!!! Oh and shower I did! In fact so much that I flooded the bathroom!

That night we bought Yak cheese (actually Nak Cheese, yak is the male and like in everything always gets all the credit) and had alcohol for the first time in a long time. But the best was Wangdi who made POUTINE! He works a lot with one of Seb’s friends and knows a lot about us Quebecois! IT was really good, he used tomato sauce for lack of gravy but it was fabulous. We had a big party and danced and did I mention the shower?