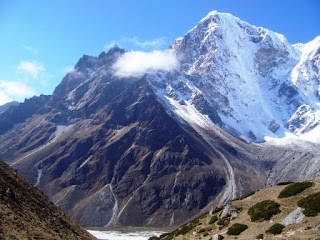 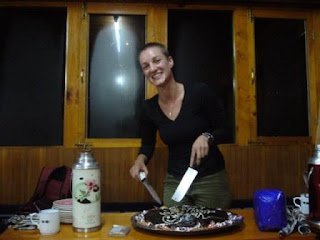 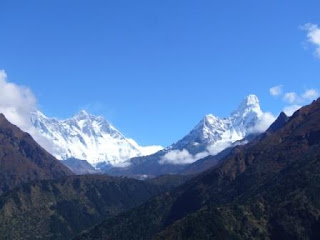 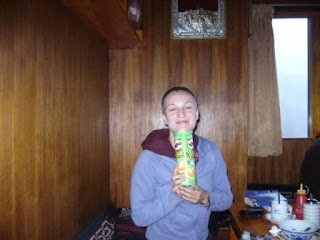 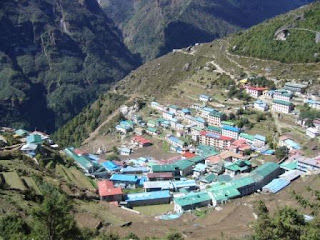 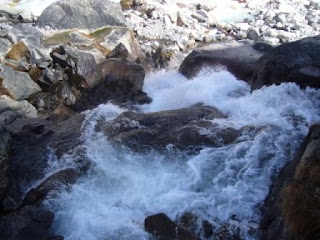 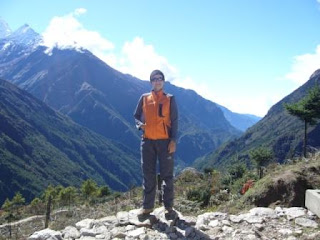 Namche Baazar is the last big city on this trek and I have to admit 2 things have surprised me quite a bit so far. Firstly, that the trek is much more through villages than the man versus Nature walk you would expect and that everyone trekking is at least 10 years older than me!

We stay 2 nights in Namche at Moonlight Lodge to get acclimatized to the altitude. I went for a little walk and basically read all day.

As I was chatting with my new friend Pam from the states who is trekking with her husband for the 3rd time here, and saying how it was strange to feel so young compared to Laos and Bangkok where it feels like a bunch of teens partying, someone my age walked in. Stepan from Czech republic who is guiding a group to Base Camp. His group is also a little older and walks very slowly.

That night, he and I ended up chatting and he let it slip that it was his birthday the next day and that I should stay and celebrate with them. Hummm???? What to do? To be honest I had like 6 extra days on my trek so in theory it’s not a problem……and he’s really really pretty. :)

So ok one more day of hanging out in Namche, cake with the Czech group and from that point on, they or I should say we mutually adopted eachother. We were all on the same schedule and his group liked Wangdi, Wangdi liked them and all seemed to be planed. I pulled out all the Czech I could remember from another life which turned out to be very limited but it did the job and it turned out that I'm an excellent cake cutter even in extreme altitude conditions.

We walked about 3h25, it was a good walk and the altitude is not hitting me at all. There is a German Bakery in Debuche where we had apple strudel and coffee…..and assisted a Buddhist ceremony. That night I taught the Czech group’s porter’s how to read a little in English and went star gazing. It’s so beautiful here I can’t even begin to describe and you can have it with apple strudel!