And so it started 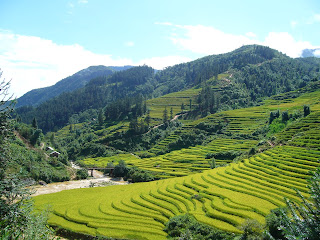 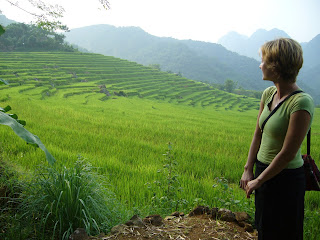 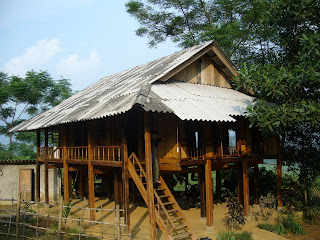 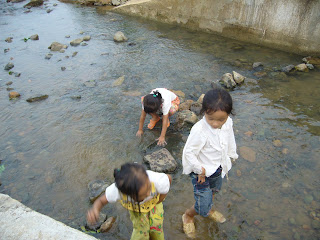 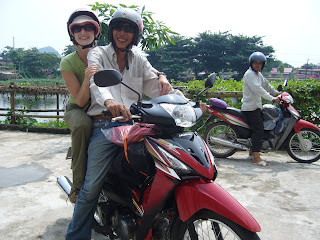 Ok here I go, as I mentioned in my last post I decided to visit the north of the country by Motorbike, through the mountains and lakes....there aren't too many busses that go there and this seemed like a much nicer alternative.

Son was my driver and at the last minute I was told another guest decided to join us.....Greg from Australia. He has forced conversation onto me the night before while I was trying to have dinner and he decided my idea was so great he would tag along with another driver, M Chung. I had mentioned that being australian gives you a notch of coolness above other people.....well Greg is like the vacuum of coolness, the guy every other Australian has to make up for. He looks like a child molester to be honest and in fact thats how i referred to him in my head The Child Molester or TCM for short.

Anyhow we were off and only a few hours into the trip and the scenery is spectacular, like you see in postcards, now this was the Vietnam i was looking to see. Son is very passionate about his country and he showed us it's best face....and he let me drive the motorbike!

The fist night we stayed with friends of his that live is a house on stilts and are part of the Mung minority. There are over 50 ethnic minorities in Vietnam.

They were very nice and much friendlier that the city people I had met. The highlight was playing down by the river with 3 little girls who just came up to me while i was soaking my feet and we decided to throw rocks around for about an hour.

What I liked about the family that we were staying with was that the man helped cook and set up the beds.....he didn't do the dishes though....oh and they thought TCM and I were a couple....nasty.